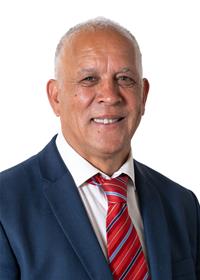 After studying for a Post Graduate Diploma in Public Service Management at the Manchester Metropolitan University (1994), Councillor Ali returned to academia in 2009, when he completed an MA in Ethnicity and Racism at the University of Leeds.

A varied and exciting career, Councillor Ali has pursued roles as a Laboratory Technician, an interpreter and multilingual publicity officer for UNISEF and the Government of Azad Kashmir, as well as local government project management roles and even a period of self-employment, where he ran his own grocery store. A part time lecturer at Manchester Metropolitan University since 2011, Councillor Ali has published a number of papers on Equality and Public Services.

Daalat was elected a Labour Councillor for Kingsway in 2010 after previous employment as a Council Welfare Rights and Information Officer from 1986-1992.